Join in on the latest celebrations, festivals, and events in and around Grande Prairie.

Where to eat & drink

A bit about us

Use this form to apply for a GPRTA tourism funding

Get a copy of the official tourism map for Grande Prairie, complete with attractions.

Human habitation of the Grande Prairie region stretches back thousands of years, and much of what we know to be Alberta in fact stands on land that many First Nations, Métis, and Inuit peoples have called home for untold generations. Indigenous people have contributed (and still contribute) vastly to the culture of the Grande Prairie region, and today’s Grande Plan hopes to help you get a better understanding of that rich tapestry.

Centred around Grande Prairie, this itinerary can be accomplished in one day, but with so much to see, it can easily be stretched over several.

Before we begin, we at the Grande Prairie Regional Tourism Association would like to take a moment to formally acknowledge and recognise with respect the traditional territories of Treaty 6, 7, 8, 4, and 10, as well the homelands of the Métis, the 8 Métis settlements, and the 6 Métis Regions of the Métis Nation of Alberta. 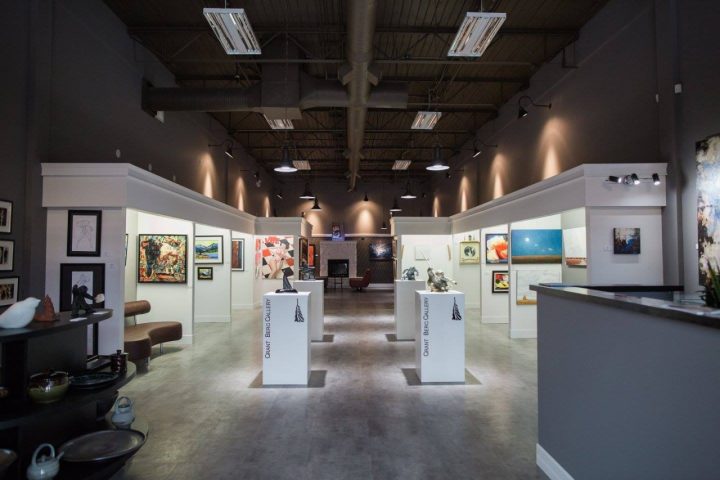 Located in downtown Grande Prairie, the Grant Berg Gallery is an Indigenous-owned exhibition space that represents roughly 45 artists at a time, many of whom are Indigenous. Through the mediums of painting, sculpture and pottery you can explore the beauty of the Peace Country, and purchase and commission works to support local artists. 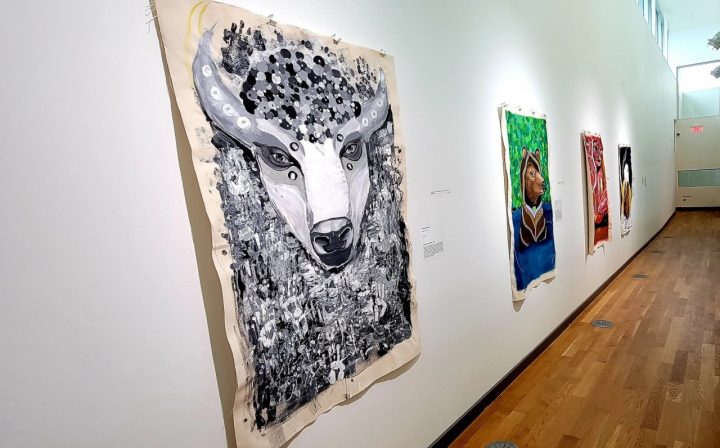 Located a few blocks away, the Art Gallery of Grande Prairie is one of the largest free admission galleries in Western Canada. Given its mission is to enrich the community through the creation, conservation and sharing of art, a great respect and emphasis is placed on indigenous artists. Their current exhibition The Talking Path – running until October 10th – is a multi-artist project focusing on the importance of the oral histories of local Indigenous cultures.

Completed in 1976, the Grande Prairie Regional College campus was the vision of Douglas Cardinal, an architect of Blackfoot ancestry. The campus is both strikingly modern and thoroughly rooted in history – working through the lens of Indigenous aesthetics, Cardinal’s structures are based upon curvilinear forms that do not intrude upon the natural landscape but rather merge into and enhance it. 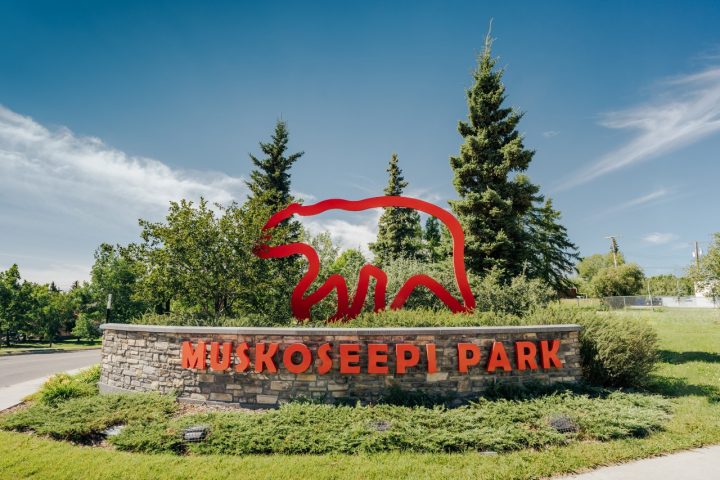 Just outside the GPRC campus lies Muskoseepi Park, which runs through much of the centre of Grande Prairie. Muskoseepi is a Cree word meaning ‘Bear Creek’, and the heart of the park itself was a gathering place for First Nations people long before European settlers arrived. Under careful stewardship, today the park reveals a slice of the natural beauty of our region.

For those with kids, the Maskwôtêh playground is located to the north of the Muskoseepi reservoir. Inspired by nature, the name means ‘Bear Heart’ in Cree, it is a great place for your young ones to burn off energy and learn about their environment and their place within it. 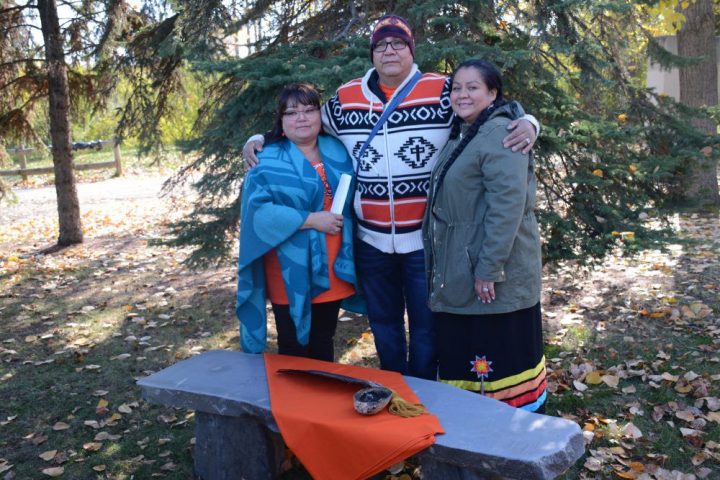 Within Muskoseepi Park itself at the heart of its trail paths lies a poignant testimony – the Residential School Memorial Bench. Revealed on Orange Shirt Day in 2019 and paid for by the city of Grande Prairie, the bench is dedicated to commemorating the long-lasting effects of the residential school systems. Given all the terrible revelations coming to light this year, now more than ever seems a fitting time to visit and reflect upon our shared history.

On a similar note, in the west of town stands Angie Crerar Park, named in honour of Angie Crerar. Angie Crerar is a local influential elder of the Métis, who over a long career has enriched and inspired many communities with her tireless efforts to improve life in Grande Prairie.

Lastly, the Sisters in Spirit Rock stands behind Grande Prairie Regional College. Erected in 2019 to commemorate the thousands of missing and murdered Indigenous women and girls, the rock bears the image of a dancer performing a dance representing water and healing. 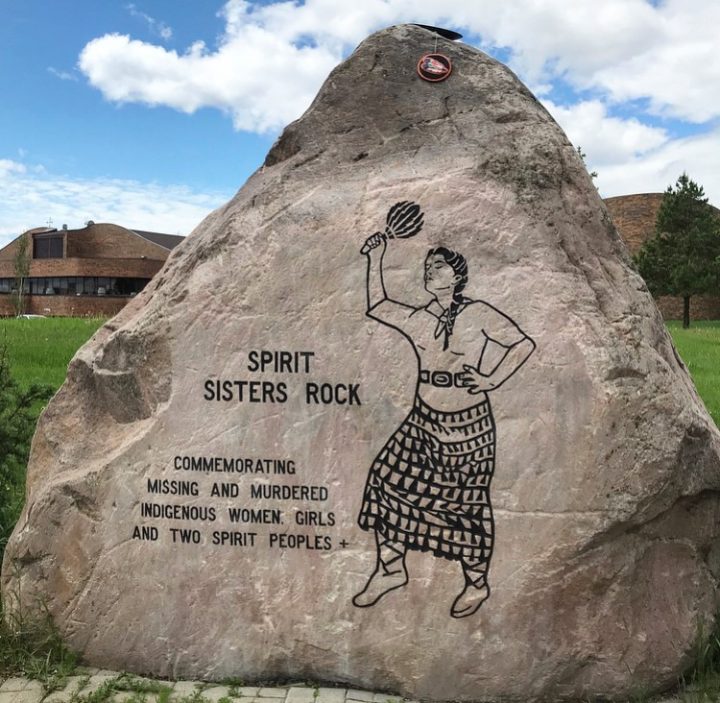 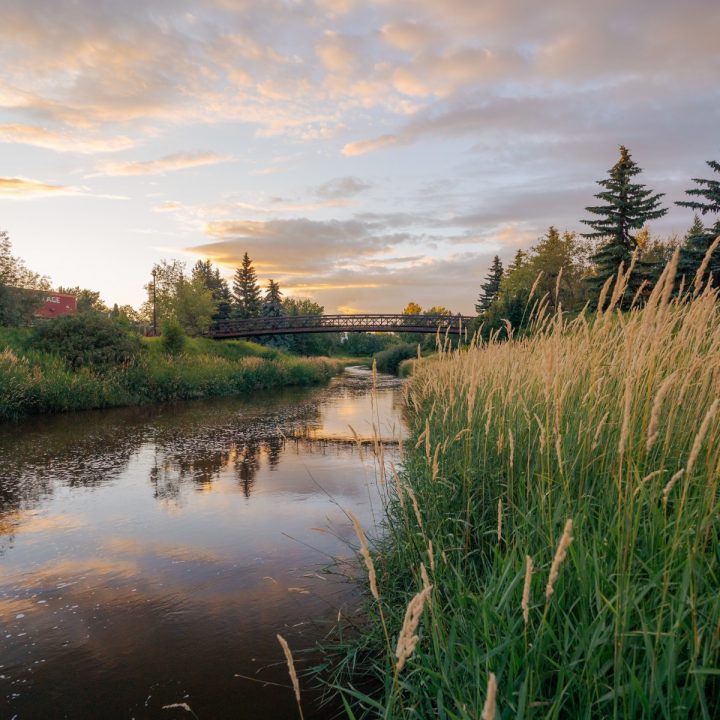 Located on the shores of Lesser Slave Lake – about 2 hours to the west of Grande Prairie – the Bannock n Bed Inn stands on Treaty 8 Sucker Creek First Nation land. Owned and operated by Indigenous people, the Inn offers you a taste of Cree culture, as well as traditionally prepared meals such as bannock.

Lesser Slave Lake itself, being the third largest lake in Alberta, has a long and meaningful significance to Indigenous populations. Exploring its wildlife-rich shores or setting out on a boat can help you understand the way nature shapes a culture.

The First Day of Many

That, of course, is just a single day. With many rotating exhibitions, the galleries are worth returning to again and again, and the beauty of Muskokeepi Park changes with every season. If this Grande Plan has inspired you to dig deeper into exploring and understanding Indigenous cultures, then try checking out the Indigenous Tourism Alberta website, which offers a constantly-updated guide to Indigenous attractions and events throughout the province.